This is a sponsored post and I was compensated. However, all opinions about Disney’s DCappella Live At Knoxville’s Historic Tennessee Theater are all mine. My kids are grown, but when they were littles, they were crazy big Disney fans. 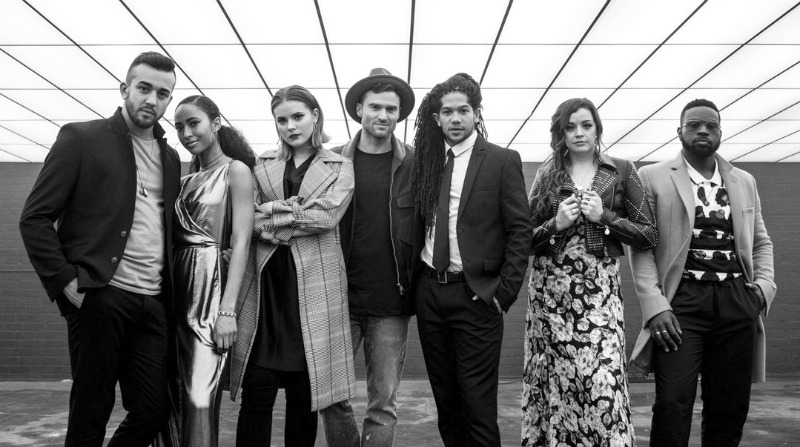 My oldest daughter was 2 when The Little Mermaid came out. She thought she was Ariel until she was 5. I saw that movie at least 42 million times. Show her a fork today and she will still call it a Dinglehopper.

Since then, almost 50 Disney or Pixar movies have been released. I bet I know all the words to all the songs in every move. To be honest, I was over it. I know, I know…You die hard Disney fans are getting ready to rumble with me, but read on. 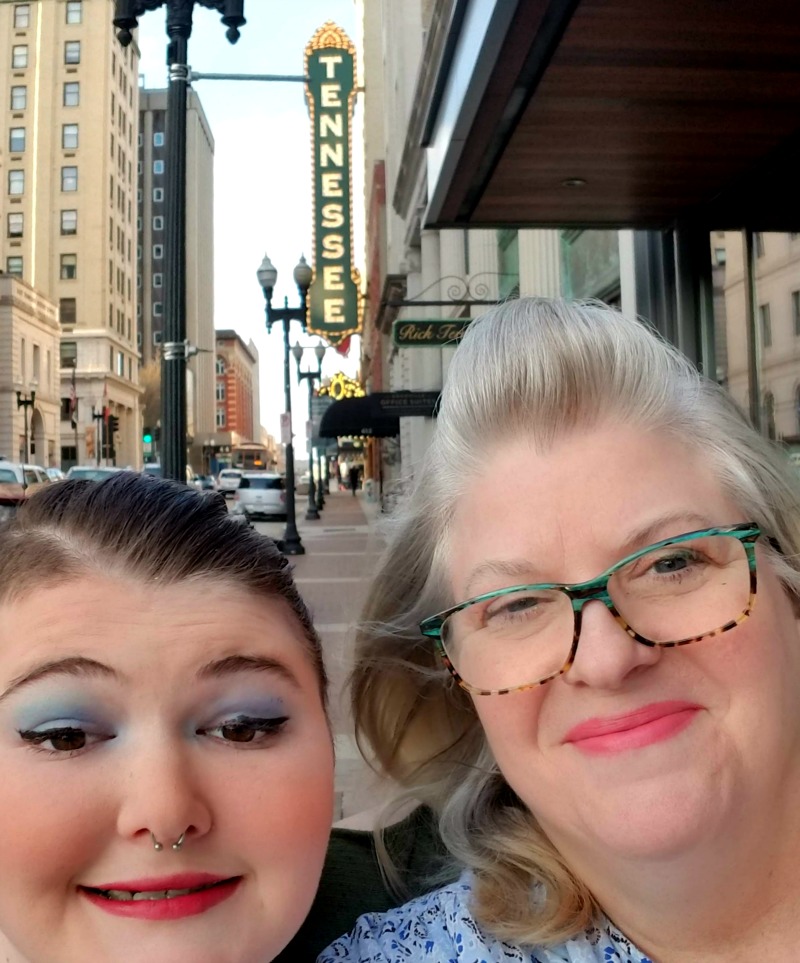 But when my daughter, who is 20, asked me if I was ready for some Disney tunes… a capella style, I cringed a bit. I had not heard of DCapella, but Caitlin was a HUGE fan. When we found out we would be seeing Disney’s DCappella Live At Knoxville’s Historic Tennessee Theater, I went, but I had my skeptical face on.

If you have not heard of them, Disney’s DCapella is a group of highly talented performers and they are ready to blow you away! A little less than a year ago, Disney and Deke Sharon, an a cappella pioneer and the group’s co-creator, were on a nationwide hunt.

They were looking for the best vocal performing talent in the industry. What they found is entertainment magic. I am not kidding guys! I have been to more than 100 concerts and live shows in my life and this group ranks among the best I have ever seen! 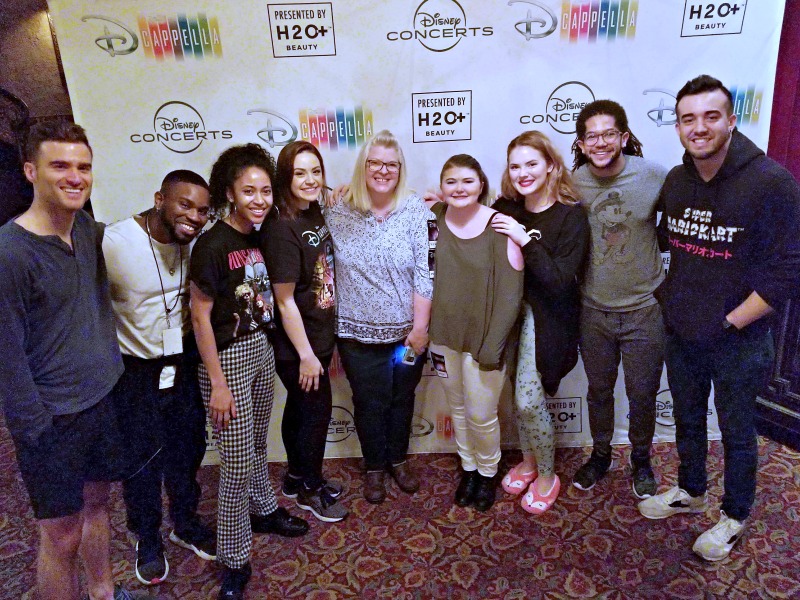 I fell in love with the group from the moment they began their Q&A. They are such a genuinely lovely group of humans. I could tell from the fantastic chemistry among them that we were in for a treat♥

The group held us captive with their harmonies when we saw Disney’s DCappella Live At Knoxville’s Historic Tennessee Theater. They sang tunes like “I Wan’na Be Like You (The Monkey Song)” from The Jungle Book, “Part of Your World/A Whole New World” from The Little Mermaid and Aladdin and “Immortals” from Big Hero 6. Caitlin and I sang “Baa Baa, Waa Waa, for a week after hearing them sing “Friend Like Me” from Aladdin!

When the group sang “Do You Want To Build a Snowman”from Frozen, I cried! This is why I love music! To hear a group of people sing in pitch perfect harmony is a gift. If you can feel music in your soul and it makes your heart ache for more, you are hooked.

This is how we felt when we saw Disney’s DCappella Live At Knoxville’s Historic Tennessee Theater. Seriously? Drop the mic cuz this skeptical mom turned die hard fan needs to get some YouTube videos cued up!

Disney’s DCapella’s members range from a Bobby McFerrin loving beat boxer to an actor and voice over pro to a Broadway baby. And without further ado, let me introduce you to the super impressive DCapella group! 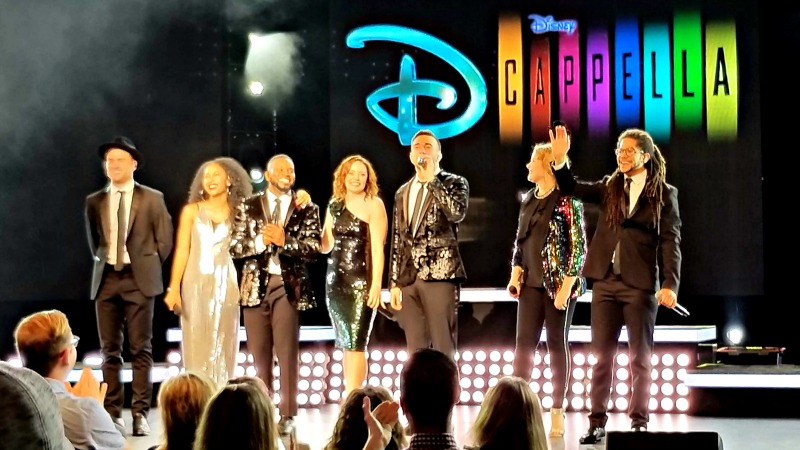 Antonio Fernandez is DCapella’s vocal percussion. He has 15 years of experience in stage and beat box performance. He is also known for being the Vocal Captain for ‘American Music Machine,’ an A Cappella group at the Disney parks. My jaw dropped when he used his loop machine and sounded like an entire band! 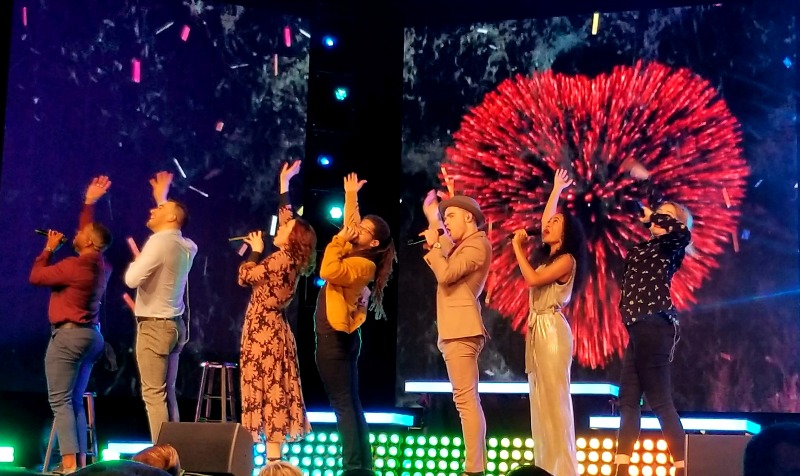 Joe Santoni is DCapella’s bass member. Some of his favorite Disney songs include “Circle of Life” and “When You Wish Upon a Star.” Joe has been performing in the entertainment industry for more than 12 years. 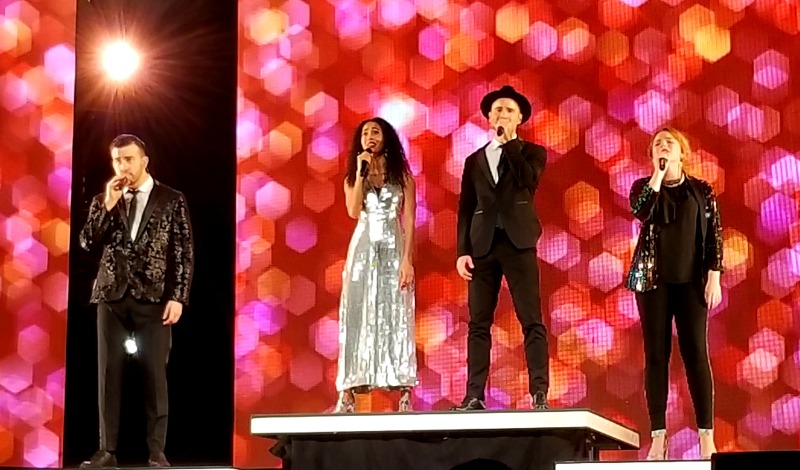 Morgan Keene is DCapella’s soprano, Morgan will surely impress you with her high notes. With 11 years of performing experience, Morgan has played alongside many Broadway stars in multiple shows. Morgan told us she enjoys Kpop, which is Korean Pop Music. I have been around music most of my life and she has the most controlled soprano voice that gave me goose bumps. 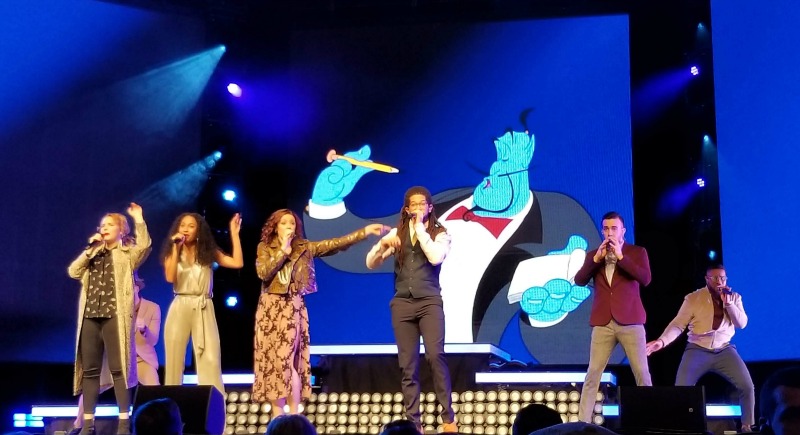 Orlando Dixon joins DCapella as the baritone member. He has been singing for 19 years and was also a finalist on The Voice! One of his music idols was Donny Hathaway, who sang one of my mom’s favorite songs from the 70s, “The Ghetto.”

RJ Woessner is the tenor of the group, RJ has been a performing professional for 8 years. His favorite Disney tune is The Lion King’s “Circle of Life.” He also once performed with Jim Carey on SNL! His musical heroes include Sam Cooke, Nat King Cole and Freddie Mercury. His beautiful voice literally melted my heart!

Shelley Regner comes into DCappella as the group’s tenor vocalist. You may recognize her from all three Pitch Perfect movies! Her favorite Disney song is “Candle on the Water” from Pete’s Dragon. When we had our Q&A with the group, Shelley shared she has a favorite Beyoncé Christmas sweatshirt that says. “All the Jingle Ladies”

Sojourner Brown is DCapella’s alto singer. In 2017, she performed in the Tony Awards! She is also a graduate from the NYU Tisch School of Arts. When Sojourner performed “Step in Time” from Mary Poppins and used the loop machine, my heart was caught in my throat for the entire song. How could technology and live vocals be combined to create such a joyful sound?!

Be sure to catch a DCappella show near you. They’re on tour and you can check out the dates
here: https://dcappellalive.com/

Have you seen Disney’s DCapella? If so, what did you think? If not, which Disney song would you like to hear them perform?