I am a member of the Netflix #StreamTeam and this is a sponsored post and I was compensated. However, all opinions are 100% mine. I hate it when I am wrong! This is especially true if my husband catches me on something! After almost 20 years of marriage, it has become a serious competition. Recently, this has happened with wrestling. 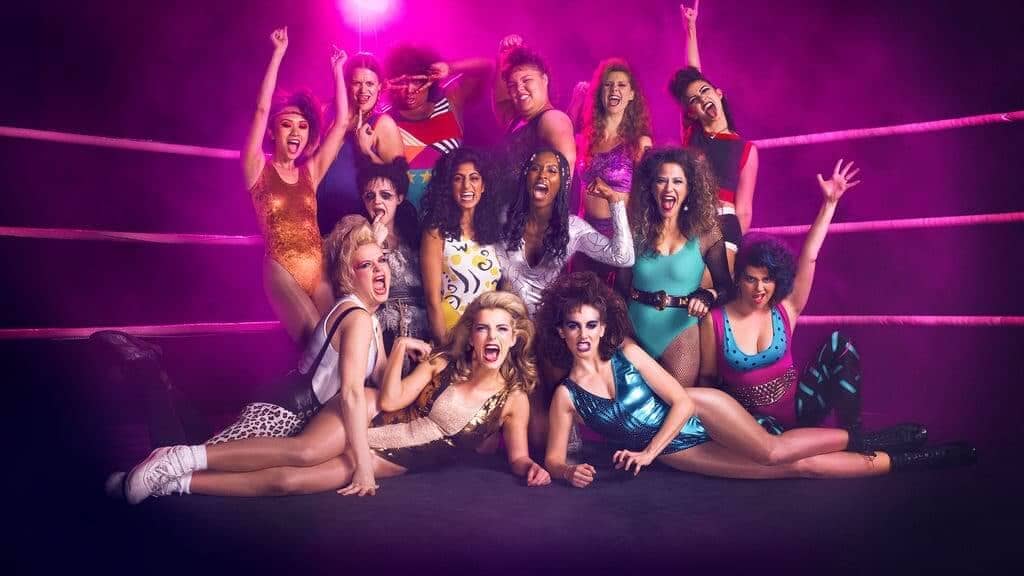 For years, I have made fun of wrestling. I have jabbed at my husband and son for watching it. I thought it was fake, stupid, and a waste of time. They tried to convince me otherwise and I would have no part of it. And then I watched GLOW on Netflix. Are you watching it? If not, you should. It is one of my top favorite Netflix shows!

If you aren’t familiar (I wasn’t either), let me give you some background. G.L.O.W. stands for Gorgeous Ladies Of Wrestling. The show ran from 1986 until 1992 (see the original ) pilot above.) There have been revivals and events of the show in the years since. The women who were part of G.L.O.W. were were a mixed bag. They were actresses, models, dancers, and/or stunt women hoping to enter show business.

The popularity of G.L.O.W. was a bity of a surprise to many. Viewers tuned in each week to see the colorful characters and strong women. The over-the-top comedy sketches got people hooked! You can see the documentary, GLOW: The Story of the Gorgeous Ladies of Wrestling on Netflix.

Four Reasons You Need To Watch GLOW On Netflix 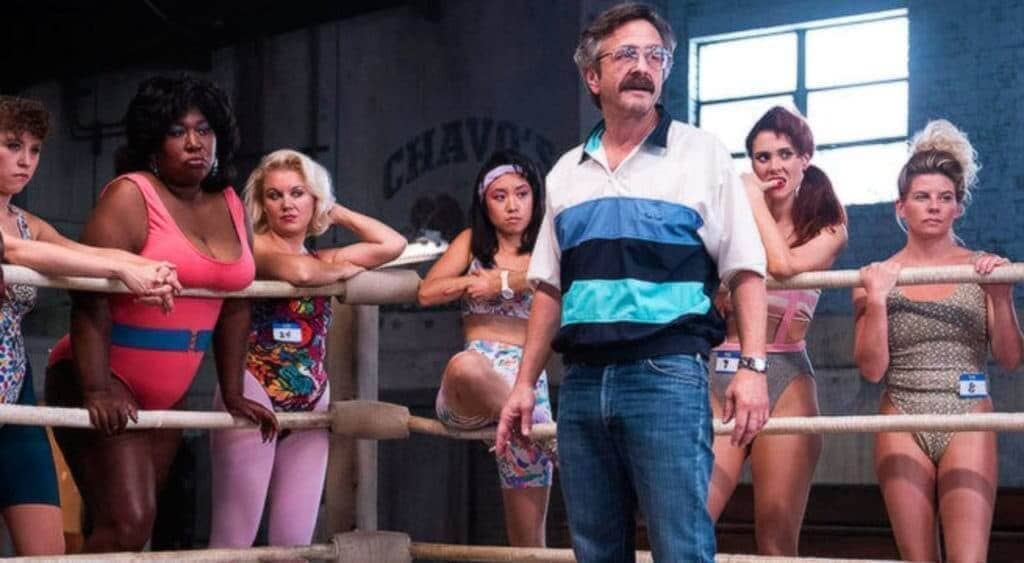 Marc Maron: Maron plays Sam Sylvia, a washed up B-movie director. Sam agrees to take on the project with wrestling super fan, Bash. Bash makes a deal with Sylvia. If he brings the female wrestling show to television, he gets financing for his next project.

Sam is a curmudgeon who is a bit sleazy, a bit of a drunk and a whole lot of messed up! What you will see after the layers are peeled away is how smart, intuitive and kind he is. You will find Sam isn’t the hack director many people thought he was. Maron is brilliant! 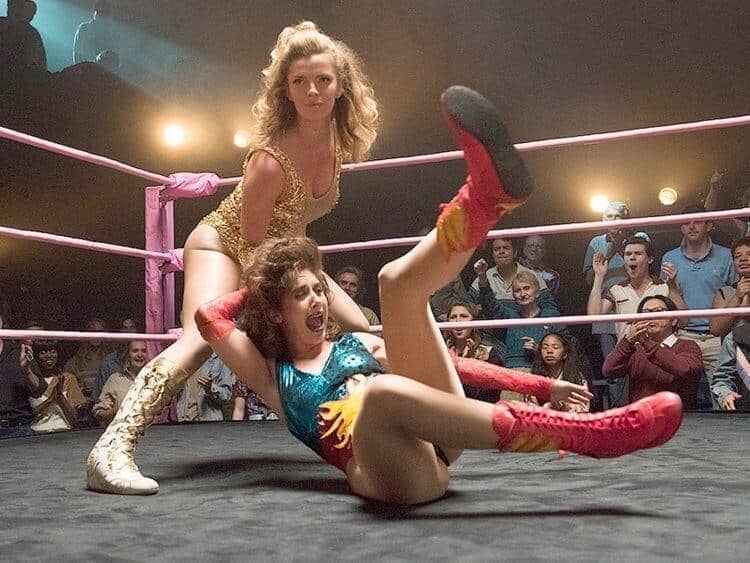 A Strong Female Cast: Alison Brie plays Ruth Wilder, an out of work actor living in LA. Betty Gilpin plays Debbie Eagan, an actress who has found some success as an actress in LA. Both are diillusioned with the parts available to female actors and yearn for meatier parts.

These two were well placed as the leads of the GLOW ladies. They are wonderful as best friends who have a rift between them that may never be healed. There are times you hope Debbie will punch Ruth right in the kisser! Yes, she can be that annoying! 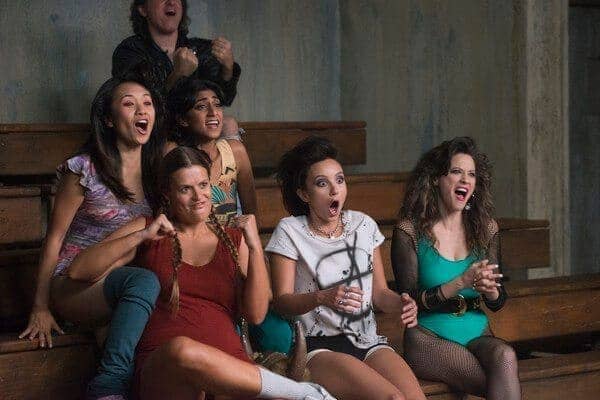 As amazing as Brie and Gilpin are, they are supported by a strong cast of women. Some of my favorites are Cherry Bang (played by Sydelle Noel) is a former stuntwoman who becomes GLOW’s head trainer. Carmen Wade (played by Britney Young) comes from a professional wrestling family. Her father is the legendary wrestler Goliath Jackson who disapproves of her hopes to become a female wrestler. Others include Sheila the She-Wolf, Tammé Dawson the Welfare Queen and Justine Biagi who joined the team just to meet Sam.

The Music: I am an 80’s girl. The soundtrack for GLOW is as good as it gets. If you love songs from the 80’s, you need this music in your life! You will hear The Warrior by Scandal, Separate Ways by Journey and The Look by Roxette, just to name a few. Here is a complete list of songs, by episode from TuneFind. 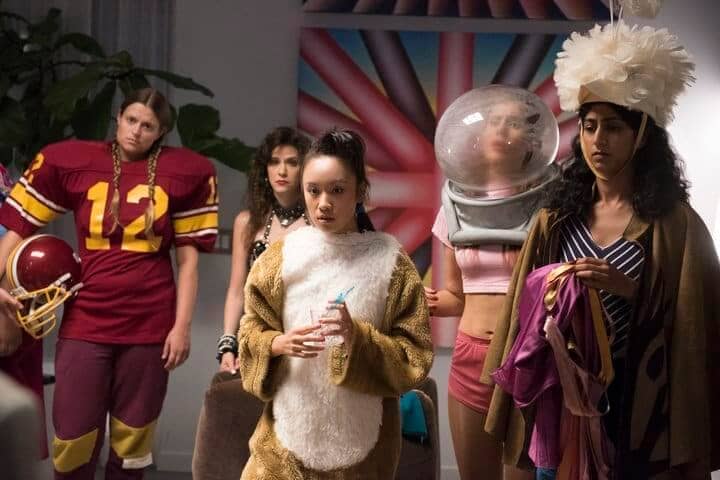 The Storylines: It is rare when you find an ensemble story with several strong sub-plots. If you are lucky, you may find a few that grab you. There will inevitably be just as many that you fast forward through. With GLOW, I was as fascinated with the lesser story-lines as I was the main plot. I wanted to see what brought each of the women to the casting call. What was their back story? I truly wanted to know.

Are you ready to see GLOW? Need a little something to wet your appetite for it? Here is the official trailer for you!

OK. Want something fun to do? You can make a GLOW wrestling poster with YOU in it! Just download the Shazaam app on your phone. Then take a photo of the poster found HERE with your smartphone camera. Make sure you are focusing on the Shazaam logo in the bottom left corner. And Shazaam, you are a star! Pretty hilarious right?!

You can stream Netflix from your mobile device, computer, TV or gaming system for less than $15 a month! You can also sign up for their DVD plan if you prefer watching it that way. Either way, you are getting what you want to watch, right at your fingertips! Be sure to follow Netflix on Facebook and Twitter!

Have you seen GLOW on Netflix? If so, what did you think? If not, what are you waiting for?! Share in the comments below!