This shop has been compensated by Collective Bias, Inc. and its advertiser. All opinions are mine alone. #InsideOutEmotions #CollectiveBias As soon as I heard Inside Out was available for purchase at Walmart, I hurried my family to Walmart to buy it, and you should too! We took the kids to Walmart as soon as it was available for purchase. While we were there, we also picked up 4 of the Inside Out character toys from TOMY. 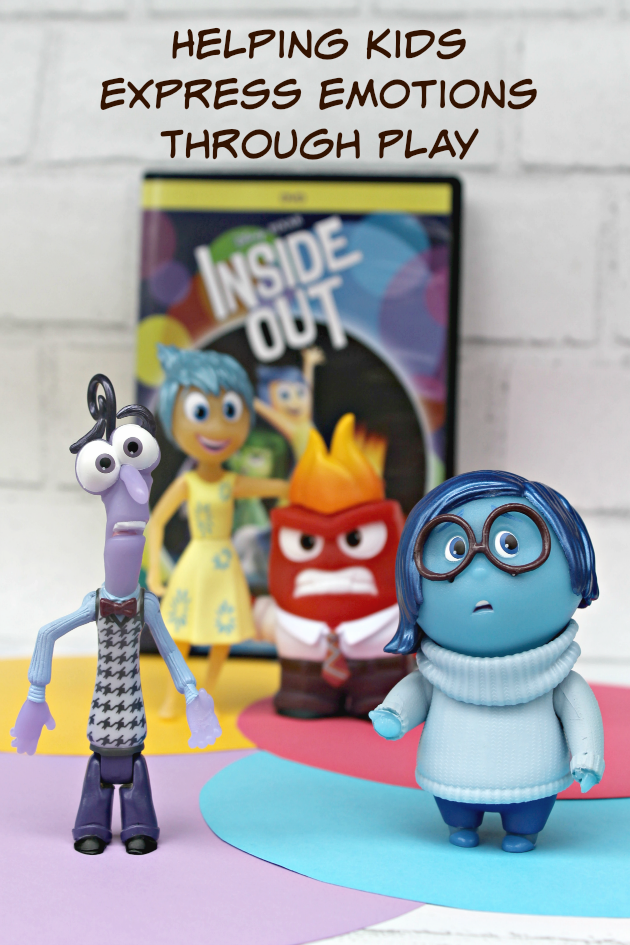 We have been so excited to see Inside Out since we first heard about it. We knew we would not be able to see the movie until it was released on DVD, so this has been a much anticipated purchase. You see, my son Henry has Asperger’s Syndrome, which is on the autism spectrum. Henry has difficulty with things that are loud or crowded, so to see a movie in a theater is not something we are able to do. When I first heard about Inside Out, I knew it would be a special movie for our family. 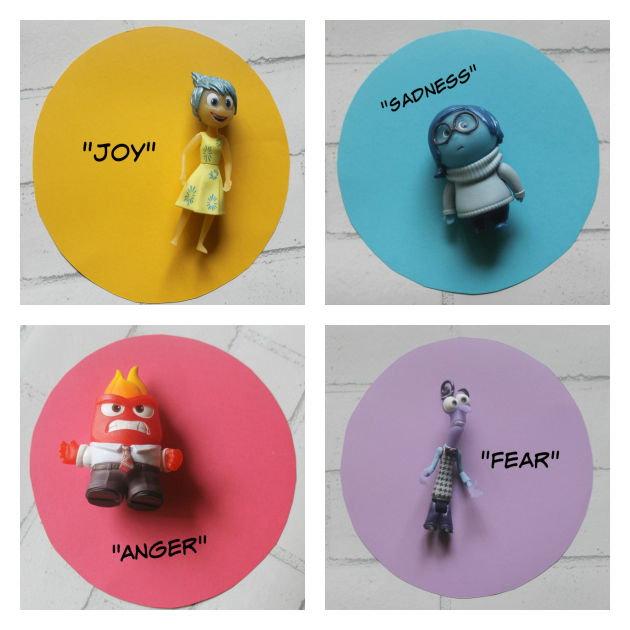 If you aren’t familiar with the movie, it is about a girl named Riley whose family must move from the Midwest to San Francisco for her dad’s new job. Since we are human, we are often driven by our emotions and Riley is no exception. She feels joy, fear, sadness, anger and even disgust. Well, for Riley, these emotions live in Headquarters, the control center inside Riley’s mind. This is where the emotions can help advise her through everyday life. Riley and her emotions struggle to adjust to their new life in San Francisco, but turmoil hits Headquarters. Riley’s main and most important emotion is Joy, who tries to keep things positive, but the emotions don’t always agree on how best to navigate a new city, house and school. 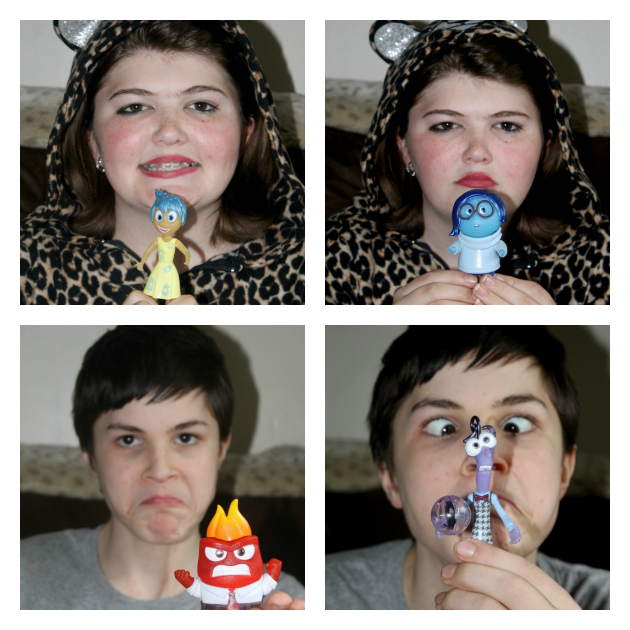 When it comes to expressing our feelings, for most of us, it is as natural as breathing. For Henry, what comes naturally to us can be quite difficult for Henry. Imagine you are standing on a road and you see a tornado. Then imagine getting swept up in the tornado. You have no control and it is nearly impossible to get yourself grounded again. That is a bit like how it is for Henry when he tries to express when he feels joy, sadness, fear, anger and disgust. He feels them, often strongly, but he cannot always articulate what he is feeling. When we saw the cute Inside Out character toys from TOMY in the toy section at Walmart, we knew they could be the perfect tool to help Henry to express emotions through play! We grabbed up the last 4 our Walmart had, Joy, Fear, Anger and Sadness. Henry immediately grabbed Anger and Fear, which are two emotions he feels the most. 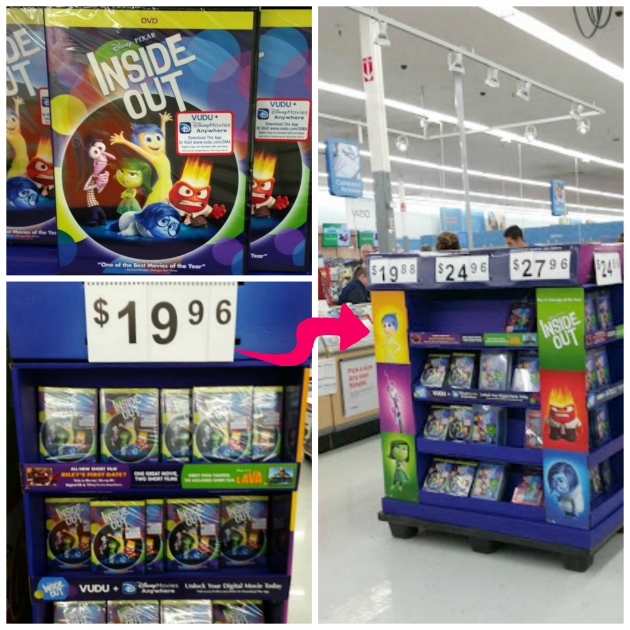 When we got home, we popped some popcorn and popped Inside Out into the DVD player. Henry was sitting right in front, clutching his Anger and Fear. Caitlin, his side kick, was close by with her Joy and Sadness. Hey, she’s a teenager, so what two perfect emotions for her to chose, right?! From the moment Inside Out began, Henry was riveted. It was almost as if he was feeling the emotions right along with Riley. Every time either Anger or Fear made an appearance, Henry held his TOMY toy up in salute! When Caitlin’s emotions showed up, Henry would nudge her to do the same! At the end of the movie, we asked Henry what he thought of Inside Out. He said, “It was weird, but good. I didn’t know I had those emotions living in my Headquarters!” 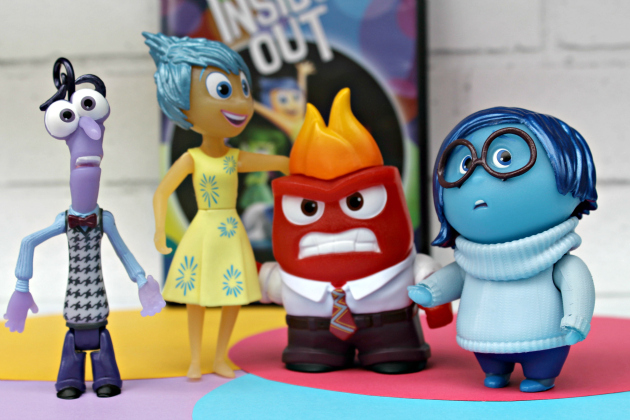 We have only had the toys for a few days, but Henry has been great about practicing using them. When he feels a feeling that he cannot quite express, he will grab one of the TOMY toys we purchased from Walmart and will put it in my hand, or if I am working, on my computer! We have probably watched the movie a half dozen times in the few days we have had Inside Out. We home school Henry, so I already knew he responded best to learning through play or games. Pairing this adorable movie with the toys and then using them in our everyday life has been huge!

Be sure to pick up your copy of Inside Out at Walmart! at Walmart and hear about your DVD watch party plans!