I am a girl who is big on comfort food. This is probably because my mom was such a fantastic cook. We ate a lot of meatloaf, mashed potatoes, mac and cheese and breads when I was growing up. Mom’s cooking was so good that the neighborhood kids would hang around the back door when she was making certain foods.

One of the favorites of all of us kids (and their parents for that matter) was mom’s banana bread. Can you imagine what she would think of my twist on her recipe? Now I make The Tastiest Banana Nut Bread Recipe Ever (and it’s in a mason jar!) 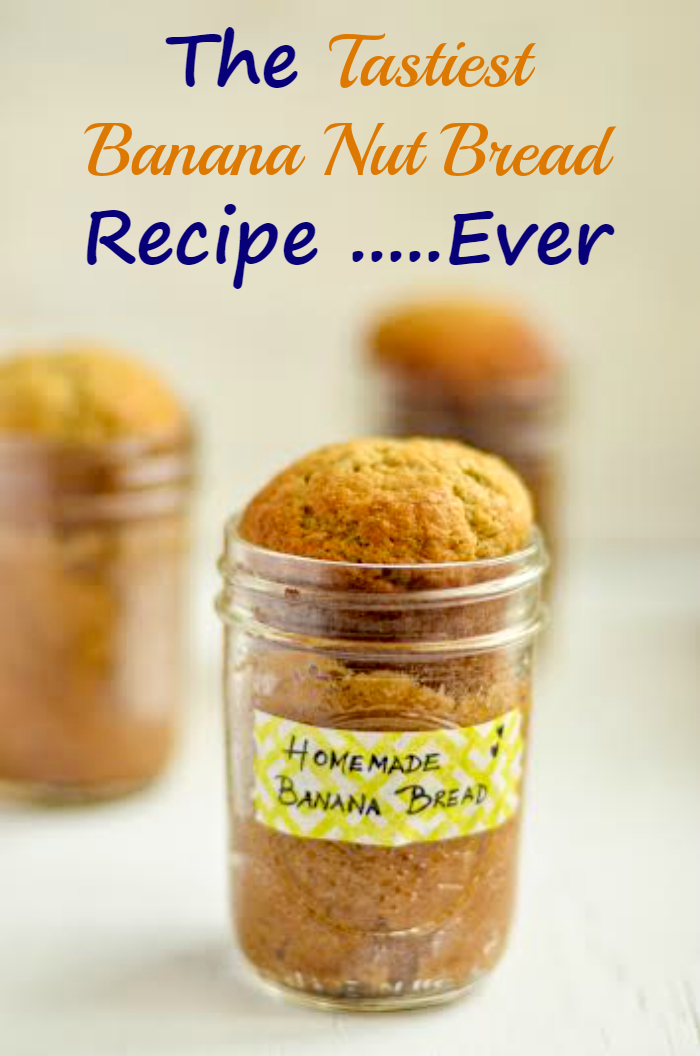 I came across this unusual way of making banana bead from a friend’s grandma. She has been making it like this for years but apparently it is popular on Pinterest and other recipe websites. I found it was actually easier to make this The Tastiest Banana Nut Bread Recipe Ever than in a pan. There is something about the glass and how the bread bakes that makes it come out perfectly even every time you make it.

If you are giving this banana bread in a jar as a gift, you just put the top on it, tie a ribbon around it and you are good to go! If you are looking for another snack that makes a fun homemade gift, try my Bacon Caramel Popcorn. 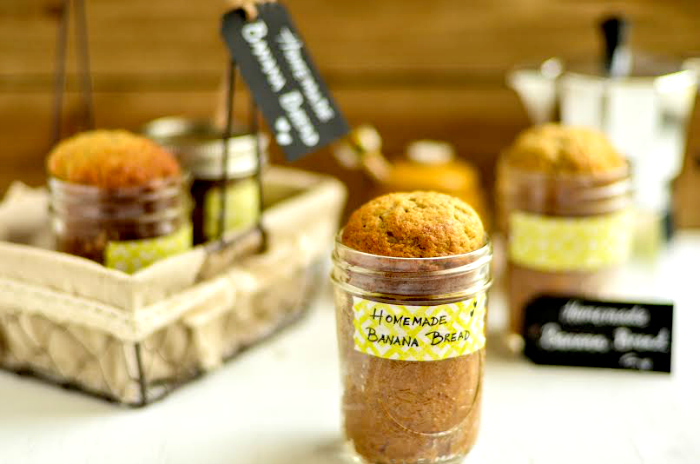 Oh my goodness, I am laughing right now and only Billy Joel fans will get this reference. As I am typing this post about my The Tastiest Banana Nut Bread Recipe Ever , I am listening to “Piano Man” and the line, (…and outs bread in my jar…) just came on. Hee Hee Hee.

I am pretty sure Billy Joel did not mean my Tastiest Banana Nut Bread Recipe, but if he tasted it, he would! Let me tell you, this is the moistest banana nut bread you will ever taste! Caitlin took it to school yesterday and people were fighting for it (literally!)

Have you ever made a recipe in a mason jar before? Please share!