Are you up for a spooky treat? Well, hop on and come with me for a wickedly haunted evening! For a once in a lifetime experience, you get to be a paranormal investigator on The Haunted Knoxville Ghosts Tours.

Be A Paranormal Investigator On The Haunted Knoxville Ghosts Tours

My husband, sister and I recently participated in the Haunted Knoxville Ghost Tours Nightmare on the Tracks investigation in Knoxville, TN. It was brilliant! This tour gives participants exclusive access to the Historic Southern Railway Station. 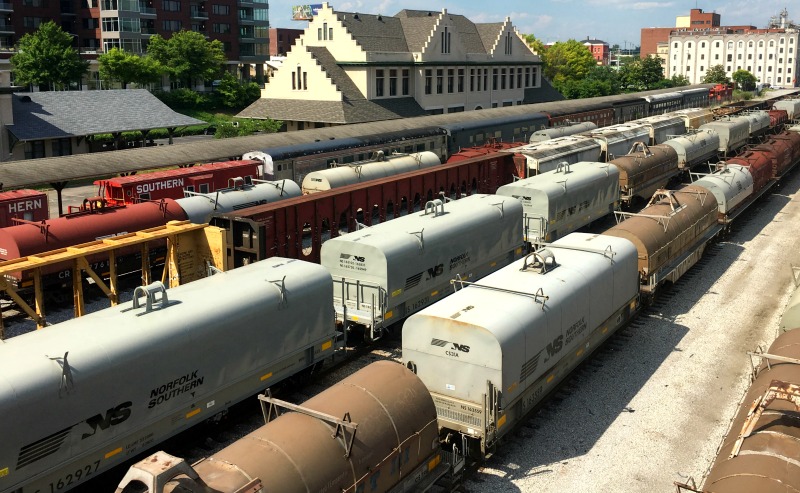 Connections To A Horrific Disaster

This beautiful property was built in 1903, here in Knoxville. This location has connections to where one of the most horrific train disasters in American History happened. You can see from the photo below how horrendous this catastrophe really was. 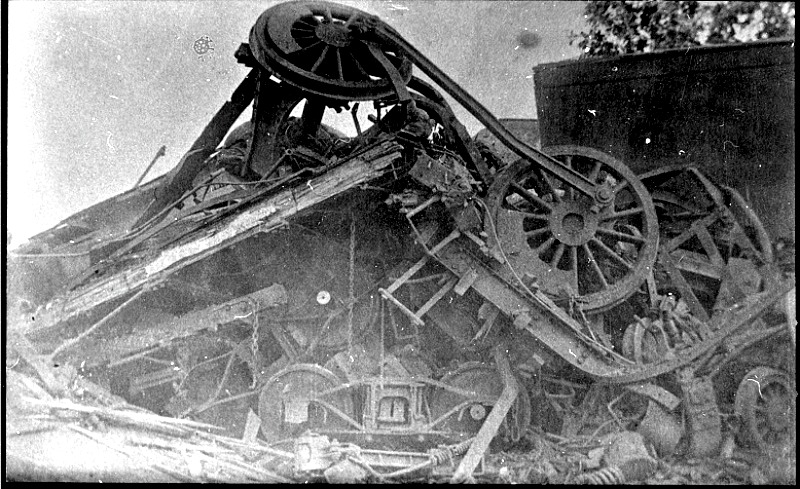 There is a lot of fascinating history connected to this railroad accident. Conspiracy theories run rampant with this tragedy. The number of dead ranges from 40 in the Knoxville newspapers to over 100 in the California press. 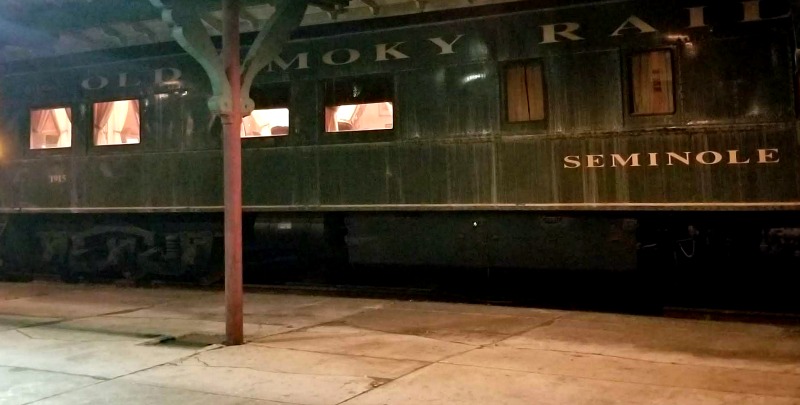 Knoxville Ghost Tours is the only organization that is granted exclusive access to the train depot and the train car! Because I am a history buff, I was excited to have the chance to take in the architecture and atmosphere of the property.

A Ghostly Adventure Worth Exploring

The Nightmare on the Tracks paranormal investigation was quite the adventure! There were so many things to learn, explore and investigate!

On this tour, you learn so much about the Historic Southern Railway Station, about J. Adam Smith and his stellar reputation in this field. 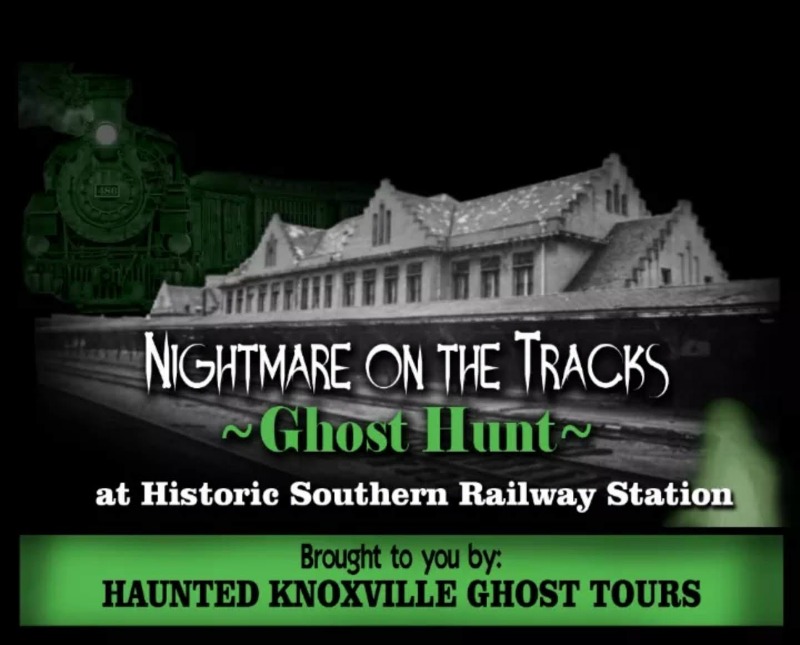 Knoxville Has Both A Historic And A Haunted Side

The tours take place in Knoxville, TN. Participants are given the opportunity to investigate the historic and haunted side of the city.

They’re more than just tours… they’re an adventure! Jay really builds the excitement before you are given the tools to do a proper exploration of the site. 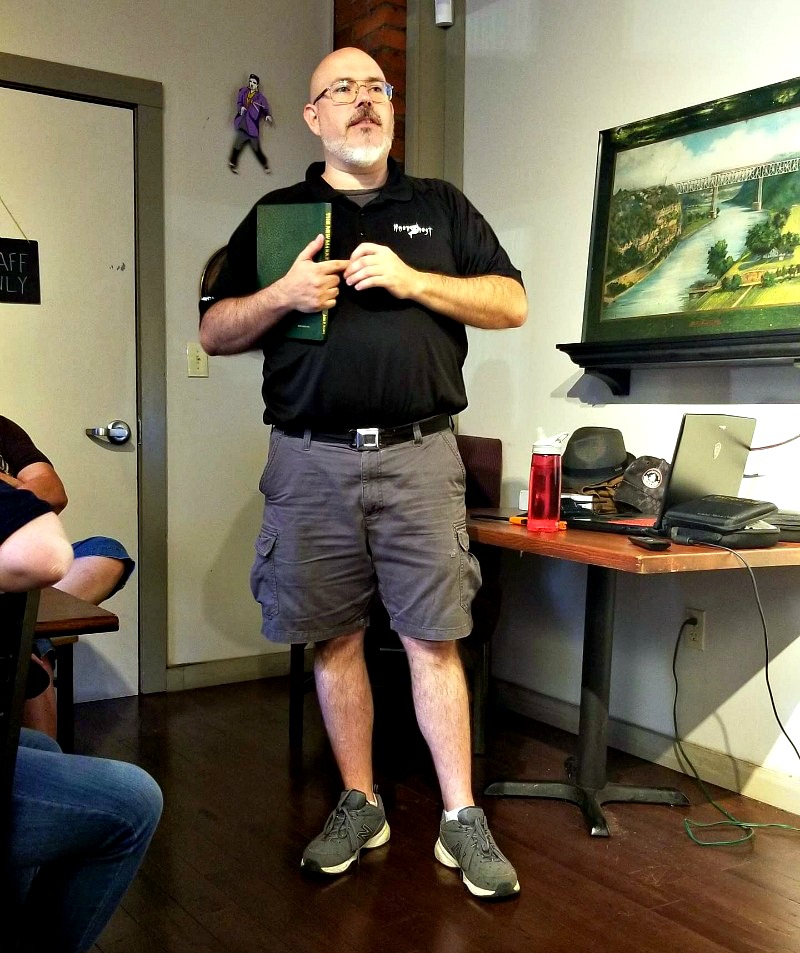 J-Adam Smith is the founder and visionary of the acclaimed tours. He is also a famed paranormal historian and master teacher in the paranormal field. 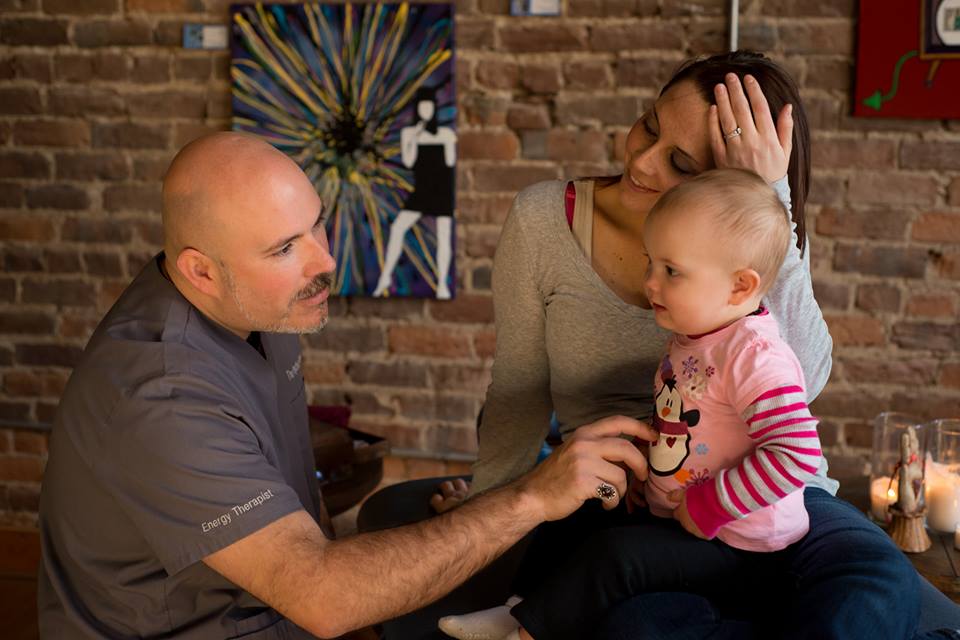 J-Adam Smith is also best known as the Founder of Knoxhealing where he practices Angelic Shamanism. He is certainly a man of many talents! Some include being a holistic energy therapist, a certified paranormal investigator, and Certified Reiki II, Practitioner. 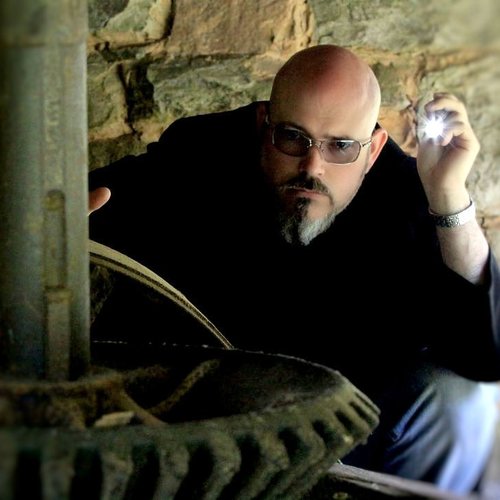 With his experience in the paranormal sector, Smith made for the perfect visionary for Haunted Knoxville Ghost Tours. The tours are based on his discoveries made while researching the captivating city of Knoxville.

We could not have asked for a more knowledgeable host and guide for our very first paranormal investigation! I could have listened to him all night!

When J-Adam Smith first explored Knoxville, he quickly realized that the city had a rich, untapped haunted history. With so many haunted tours flooding the country, he knew that he had to create one for the Knoxville area. 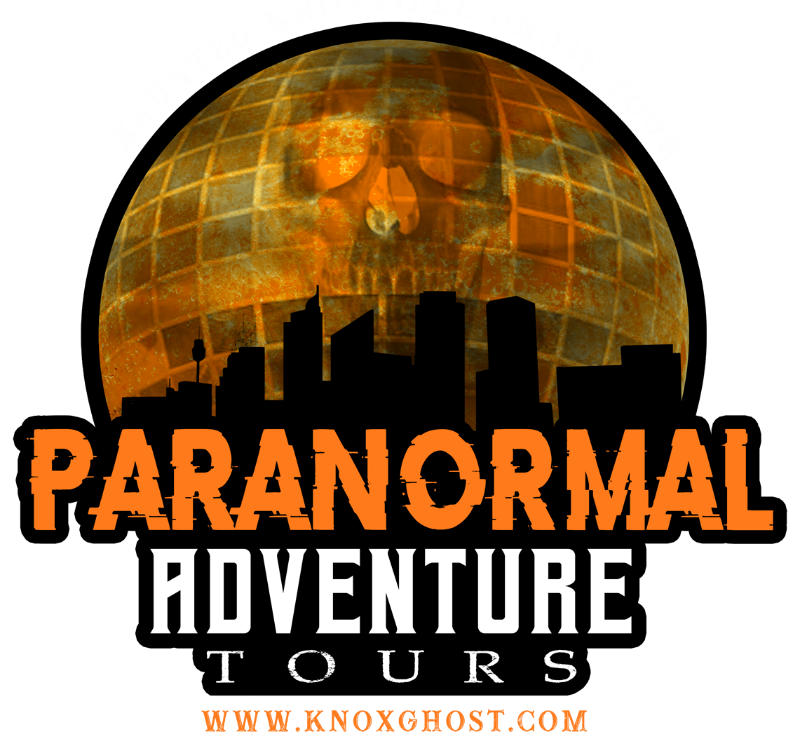 In true “J-Adam-style,” he wanted to take his vision for a tour to the next level. And that is how the Haunted Knoxville Ghost Tours was created.

The Haunted Knoxville Ghost Tours are so unique and popular that locals and tourists alike book tours time and time again. 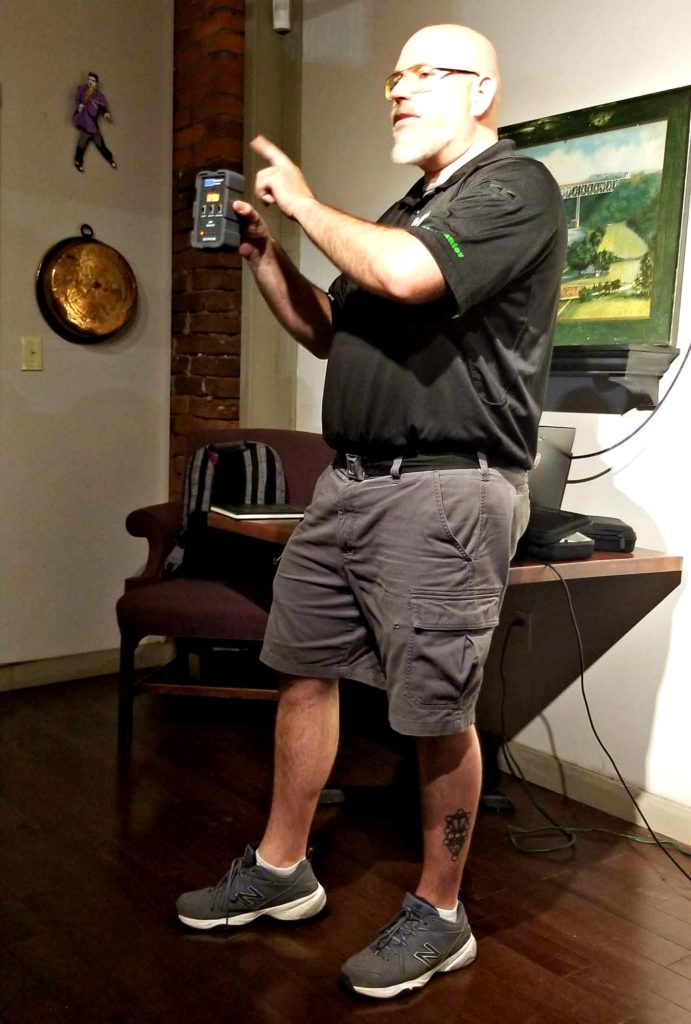 Ready To Begin The Adventure

Once we learned about the property and its history, the group learned about the tools Jay uses on his paranormal investigations. What gives the tour a full hands-on experience is that participants are allowed to use the devices!

Choosing The Right Piece Of Equipment

I chose to use the Spirit Box, which is also known as a Ghost Box. This is a tool that is used to contact spirits via the use of radio frequency sweeps.

What Is A Spirit Box Anyway?

The Spirit Box will scan either an AM or FM frequency at a high rate of speed. Investigators have been known to hear words or phrases from spirits through these frequencies.

Twice in our ghost hunting experience, I heard a word and a name through the box. Thankfully, a fellow paranormal investigator heard the same thing that I did.

Our First Piece Of Paranormal Evidence!

In the bar area of the passenger car, I asked if there were any spirits present and if they could tell us their name. We clearly heard the name “David.”

There was a motion detector Jay had set up in this area. It was positioned to face the wall behind the bar. The reason for this was to be sure it was not accidentally set off when one of us walked past it. That motion detector went off a handful of times during our investigation. 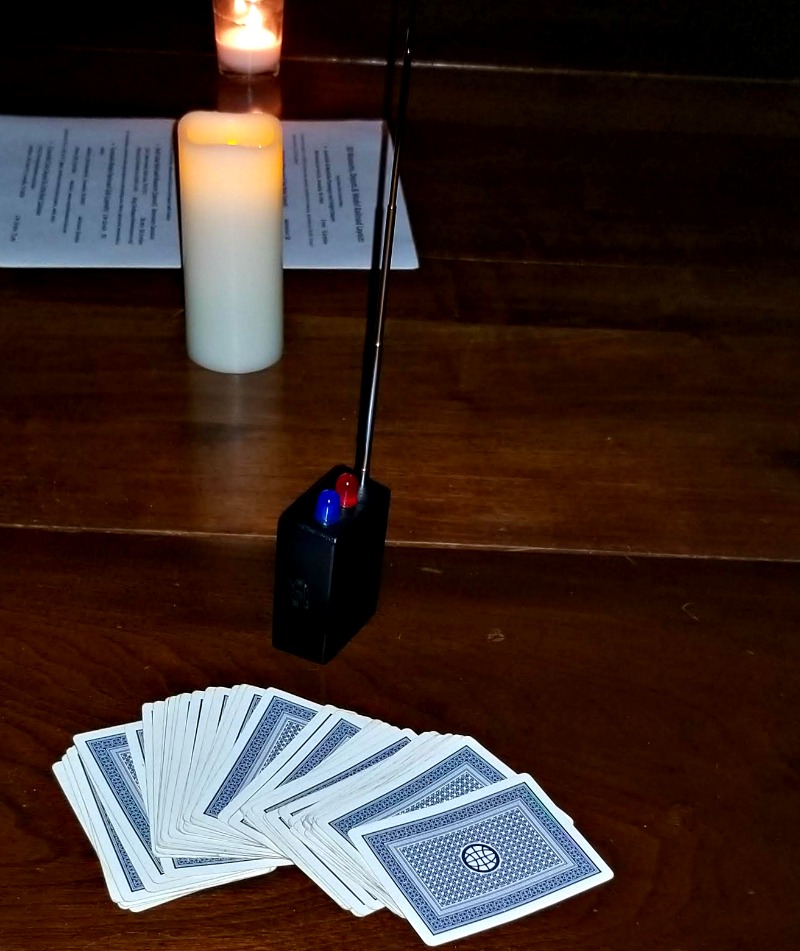 While at the front of the car, in the dining area, my husband was with a group. Here they had a deck of cards to entice card playing spirits to communicate. One of the ladies int he party spoke of her grandfather who was a poker player. 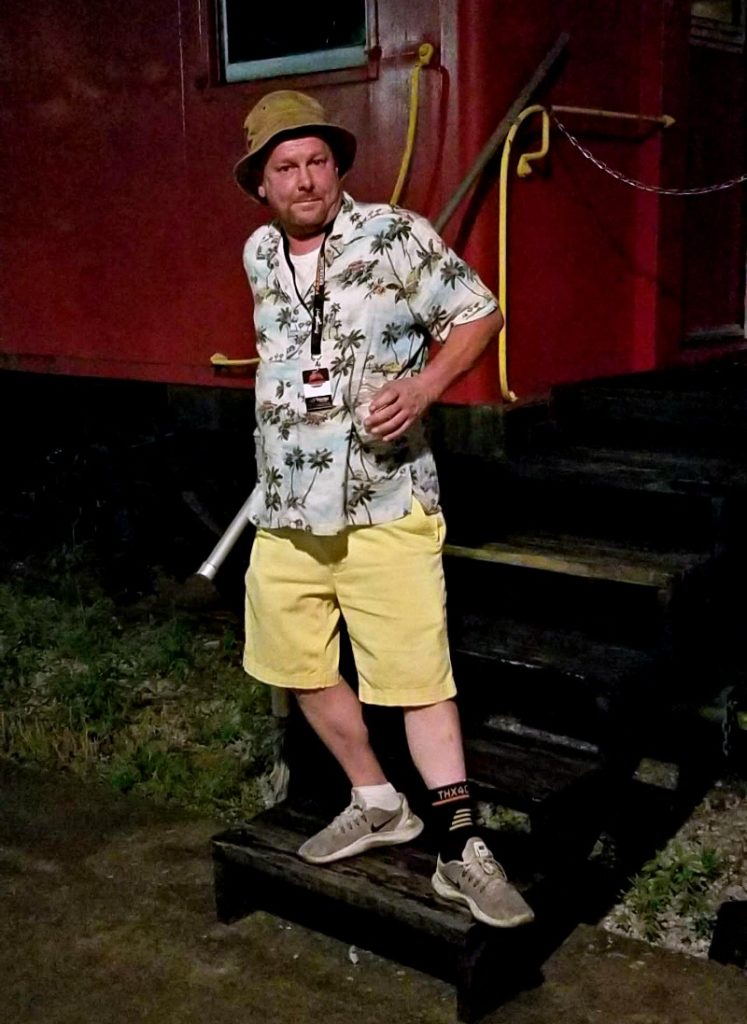 My husband asked if anyone knew what a “dead man’s hand” was and no one did. He explained it was a hand that included two-pair of black aces and black eights.

As the group cut the deck several times, they began to turn over the cards. Sure enough, a black ace and a black 8 were the first two cards shown. Shivers!!! My husband who is a huge skeptic admitted this was pretty bizarre! 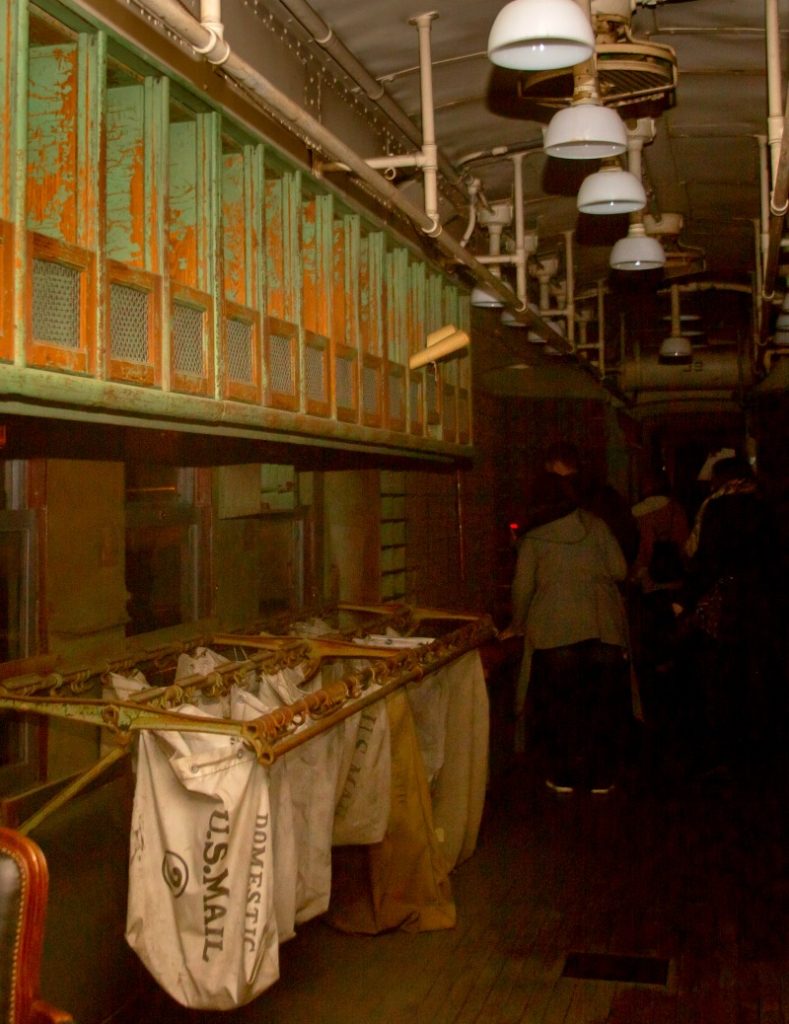 An Incredible Piece Of History

There was so much to explore on the train car. There is the dining car, sleeping quarters, the bar area, a postal sorting area and more.

It was as much fun to see this incredible piece of history as it was to attempt to contact the spirits within it. 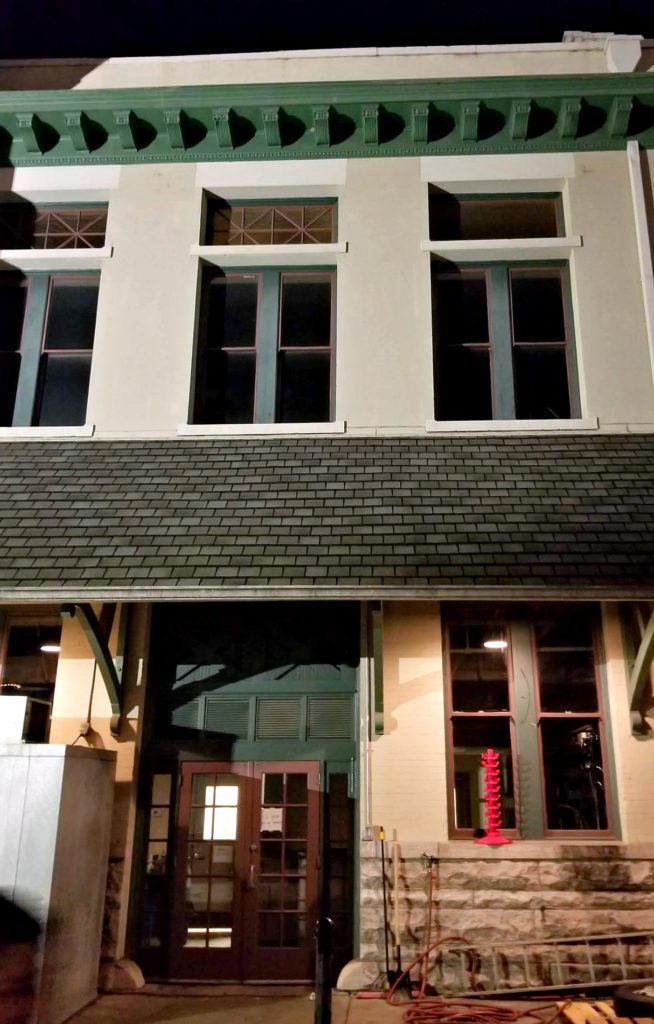 The Investigation Of The Depot

When we moved the investigation to the depot, We had several unusual occurrences we were hard-pressed to explain. Towards the back of the basement, two members of the investigation witnessed another motion detector go off 3-4 times.

Again, this detector was facing a wall so no one would have set this off by walking past it. I also witnessed this activity, and it was exhilarating! 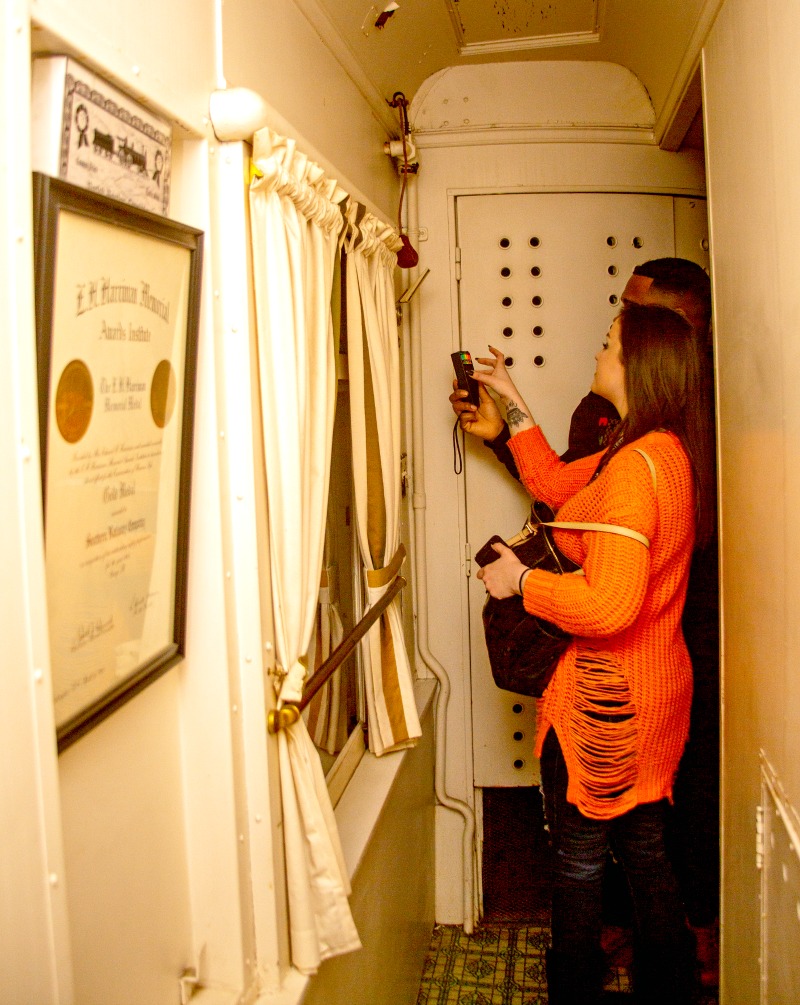 What Is An EMF Detector Anyway?

At the stairwell, we had a lot of activity from the EMF detector. This is a device that measures electromagnetic fields. These are usually emitted from man-made sources like electrical wiring and outlets.

When using this device for a paranormal investigation, you sweep the area for any man-made sources. If there are none in the area, users believe spikes in EMF signal indicate the presence of a spirit or their energy.

A Plethora Of Activity

I was called to the stairwell to use the Spirit Box. Upon arrival, I witnessed the EMF Detector spiking like crazy. But the moment we asked to speak to the spirits using the Spirit Box, the activity ceased.

After I walked away, the spikes began again. My sister also had an EMF Detector and she got spikes all the way up and down the staircase. We were thrilled to experience this!

Here two more pieces of evidence from a previous investigation of the depot.

This is part I:

This is part II:

To Believe Or Not Believe!

My last little piece of “evidence” is the photo below. I learned a valuable lesson from Jay that I think a lot of newbie ghost hunters would make. When I wanted to get some outdoor shots of the train, I took this photo. 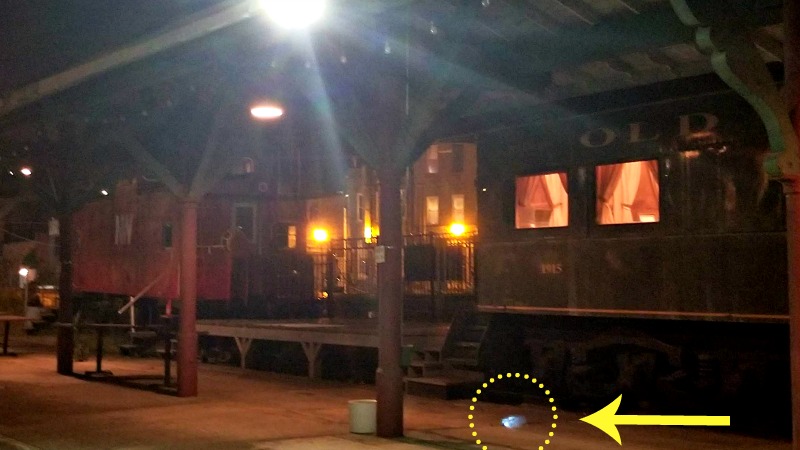 What In The Heck Is That?!

I promise I did not see the “glowing” spot in the photo when I took it. I noticed it after reviewing my photos from that night.

When I showed it to Jay, he said that although definitely interesting, it was a good idea to take more than one photo to use as a comparison and to validate the evidence. 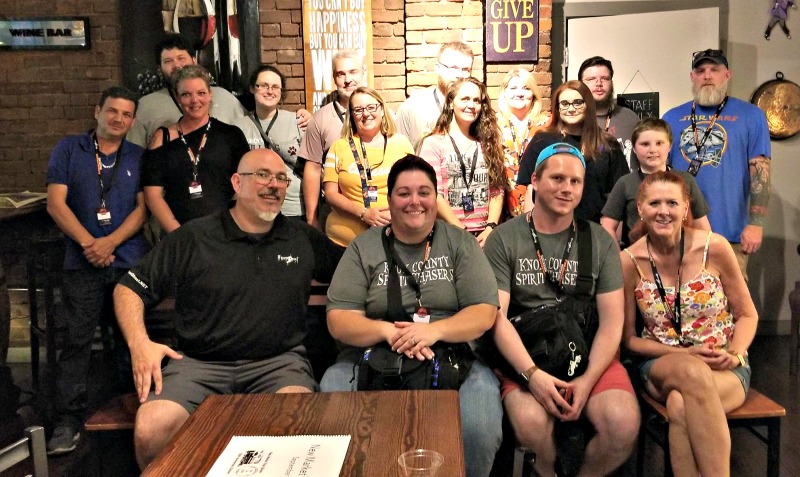 You can bet I will do that on my next paranormal investigation with The Haunted Knoxville Ghosts Tours! If you take a look at their website, you’ll see that there are several tours available.

Some of them include The Paranormal Adventure Tour, The Great Fire Investigation and seasonal Haunted Trolley Excursions. You can also book private tours with Jay, which I am sure are fantastic

Here are some of the travels we have we have been on with Kicking it With Kelly:

Have you had any encounters of the ghostly kind? I would love to hear about it in the comments below!