Forbes magazine said The Johnny Cash Museum was the number one must-see spot in Nashville. The museum is home to the handwritten manuscript for the last song Johnny Cash ever wrote. Also, it takes a deep look into his life beyond his music career. My sister and I visited the museum on a girls trip to Nashville. It was an experience we will not soon forget! 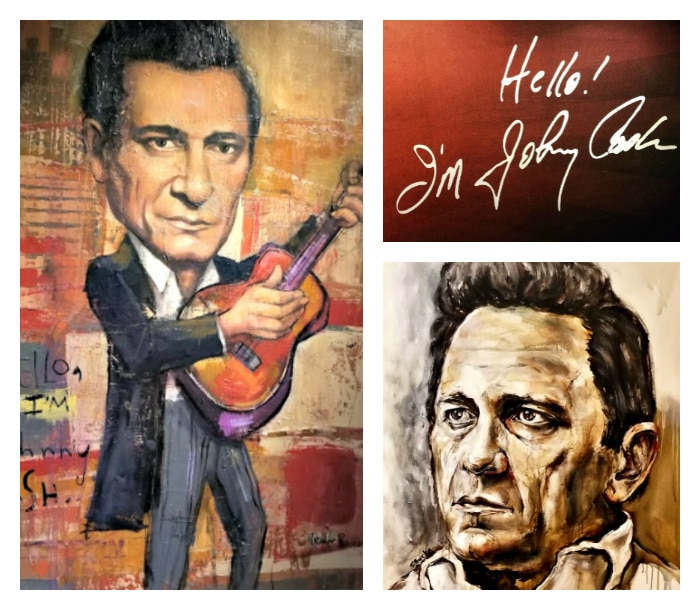 When you first enter the Johnny Cash museum, you will see mementos from his childhood, his service in the United States Air Force and his music career. You’ll also be able to see a massive display of memorabilia from throughout Johnny Cash’s career. The museum is the best way to get to know the life of the man in black. I was mesmerized by seeing his clothing, awards, family heirlooms and a peek into the life he had with June Carter Cash. 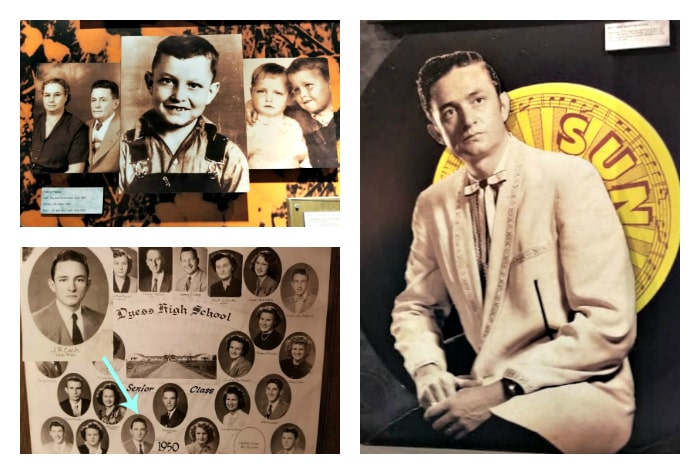 Johnny Cash was born on February 26, 1932, in Kingsland, Arkansas, the fourth of seven children. Cash enlisted in the United States Air Force on July 7, 1950. He was honorably discharged as a staff sergeant on July 3, 1954. On August 7, 1954, Cash married Vivian Liberto. They had four four daughters: Rosanne, Kathy, Cindy, and Tara. They divorced in 1966 due to his drug and alcohol abuse and close relationship with June Carter. He married singer June Carter Cash in 1968. 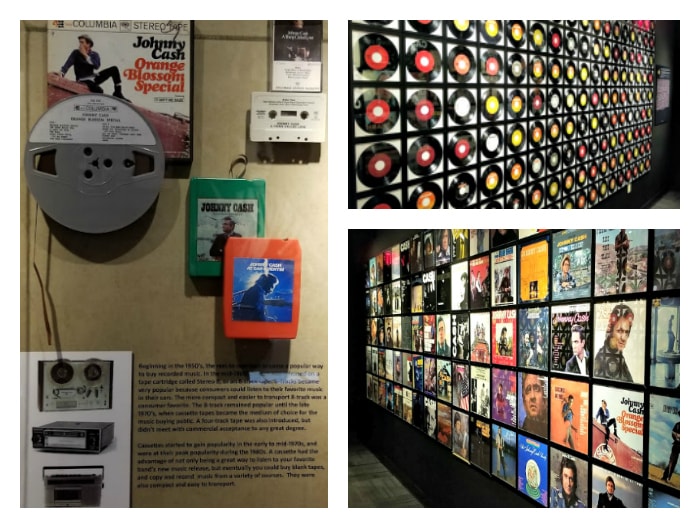 Cash was known for his country music, but also did well in rock and roll, rockabilly, folk, gospel and the blues. His first single was “Hey Porter”, which he made for Sun Records in 1955. In 1958 he made the switch to Columbia Records. These walls show his singles as well as the albums he made. He sold over 90 million records worldwide and is considered one of the best-selling music artists of all time.

Cash also appeared in films and on television, He was actually quite a good actor! Cash wrote his autobiography, “Man In Black”, in 1975. which is now out of print. Some of his biggest hit records were “I Walk the Line”, “Ring of Fire” and “A Boy Named Sue”. After several years of ill health, he died of complications from diabetes on 12 September 2003. His death came just a few months after the death of his beloved wife.

Hours of operation are 9 am – 6 pm CST 7 days a week. They are closed on Thanksgiving and Christmas.

While you’re there you can see the museum of another country music icon just upstairs. Earlier this year a museum to Patsy Cline opened just upstairs from the Johnny Cash Museum. The two museums offer a unique look into the golden years of country music by looking at two of its biggest stars. Together the two make a fantastic day out for anyone in Nashville.