I am so honored to have you reading this second post in a 4-part series on sensory processing disorder and autism. In this post, I am going to talk about my journey with Henry and living with a child with sensory processing disorder, and please forgive me, but it is lengthy. In my first post, “Does Your Baby Act Differently? Know The Signs Of Sensory Processing Disorder“, I talked about the first 18-24 months in our journey with Henry. Once we had stumbled upon the SPD (Sensory Processing Disorder) and what that meant to our family, we needed to figure out what the next step was going to be. I am not going to lie or sugar coat it; living with a child with sensory processing disorder was really scary and hard and there were days I did not think I could get through one more day. But with time, patience, humor and a lot of love, we persevered and readjusted our definition of what normal was. 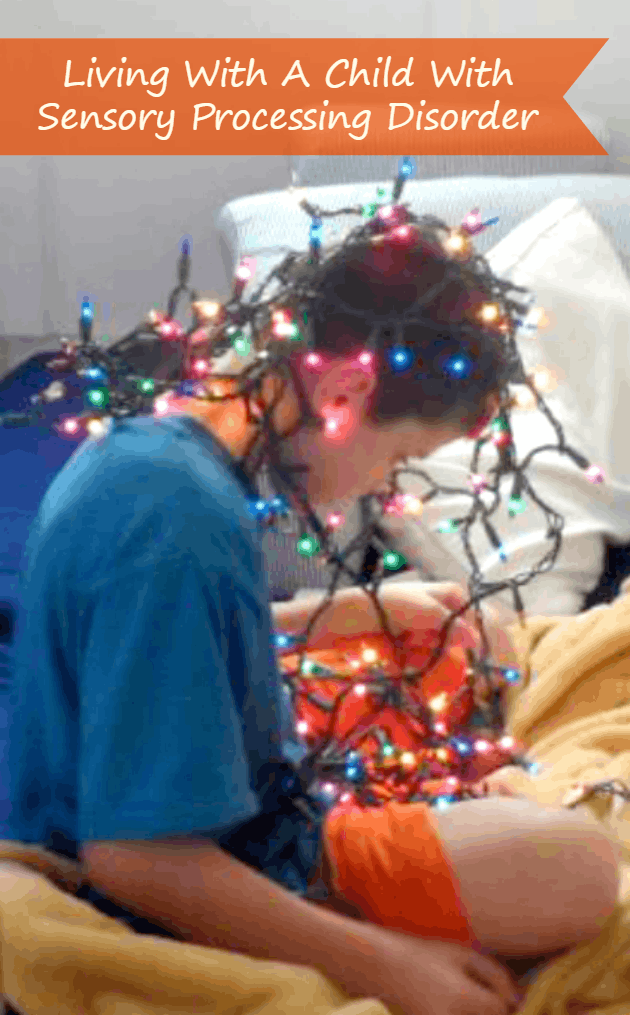 The next step was to find out what parents living with a child with sensory processing disorder do. We found a local support group and they suggested we look into OT (Occupational Therapy.) This was THE BEST THING EVER!! Miss Beth was a Godsend! She was patient, loving and so kind to us. And the therapy room was a kid’s paradise! It had a swing bolted to the ceiling to help with proprioception (balance and knowing where your body is in relation to the ground). It had plastic boxes filled with sand or rice where Henry got to play hide and seek with hidden objects. This helped with his tactical and fine motor skills. Here, we also learned about weighted vests, which helped with Henry feeling grounded as well. This was also a huge calming tool which was used at home A LOT! 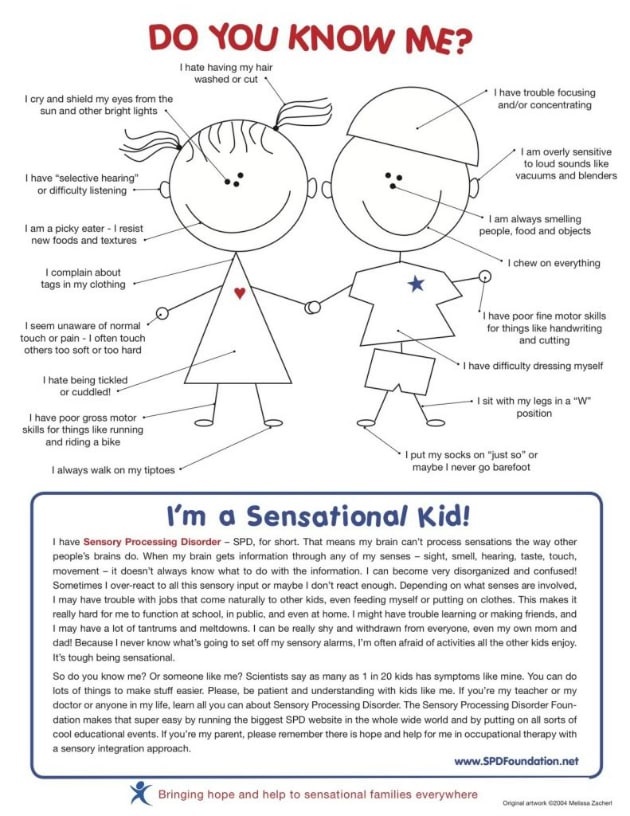 So, those are just a few of the things Miss Beth could do for Henry. But what about when we were at home? I was clueless, overwhelmed and scared crapless! With Chris working full time and Caitlin in school, I was left at home with little complex little guy and I had no idea what I was supposed to do. I quickly found the tire swing at the park was a lot like Miss Beth’s swing and was perfect for when Henry was feeling like he would crawl out of his own skin. The rhythmic jumping on a mini-trampoline helped Henry feel calm when he was acting aggressively. If he felt stressed he would take the pieces out of his Candyland game and line them up. Next he would sort the cards so they were all grouped together. He also loved to put together puzzles. I could take a new 100 piece puzzle, drop the pieces on the floor and Henry would have it put together within 10 minutes. 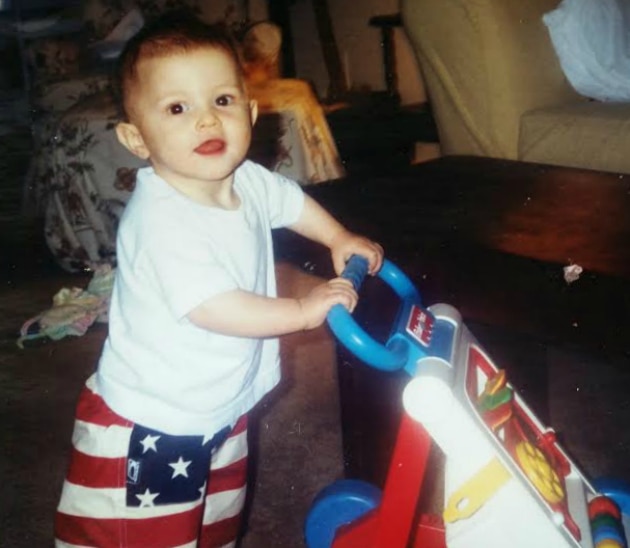 Henry could also pick a lock in about a minute, which was pretty scary. When we lived in a condo that was pretty near a main street, we had a lock that was close to the top of the door so he could not reach it. One summer day I was in the upstairs bathroom with a bit of a stomach bug. I heard the doorbell ring and did my best to hurry tings along so I could answer it. Imagine my surprise when I opened the door and there was a policeman holding Henry’s hand. Henry had gotten a chair, put some things on the chair to get him to the right height, climbed up and unlatched the lock and went outside for a walk! Yep! Parent of the year award goes too…. Needless to say, we put a bell on the door so that wouldn’t happen again! Oh, and the ticks! Ticks (or stims) help kids with SPD and autism feel calm. Are you seeing a pattern here with the whole calming thing? Right! Everything is about keeping these kids calm! We went through so many ticks. He would whistle, hum, lick his lips until they were chapped and peeling and spin. He could spin like a top and never fall or get dizzy! So crazy, right? He also loved horses, which little did we know, were used for therapy with kids like Henry. 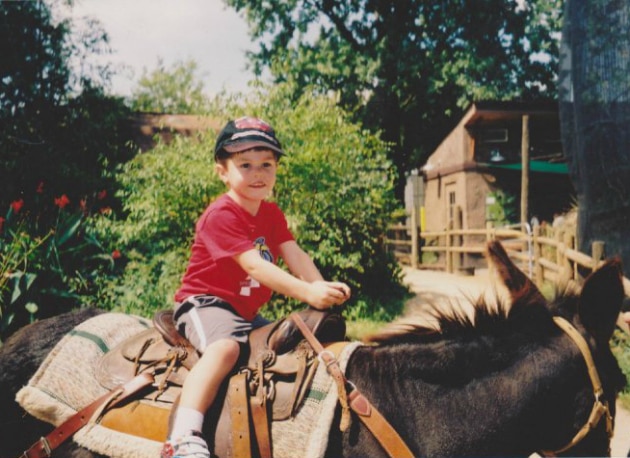 As Henry moved from his toddler years to his preschool and elementary school years, more behaviors began to emerge. He became more adamant about how he liked things and NOTHING could sway him once he made up his mind. So many things upset and scared him or just plain did not feel good to him. By this point we had therapy at home as our insurance changed and we had a counselor come to the house twice a month. We learned there was a disconnect from Henry’s brain to his body, like a short circuit. What would happen much of the time is Henry would think or feel something and he would act on it before the thought got all the way to his brain. Sadly, the kids in the neighborhood figured this out and Henry became the local guinea pig for their tricks and mischief. The worst was when they talked him into going to the top of the hill and riding his bike down with “no feet or hands.” That took a chunk out of his head that left a dent. 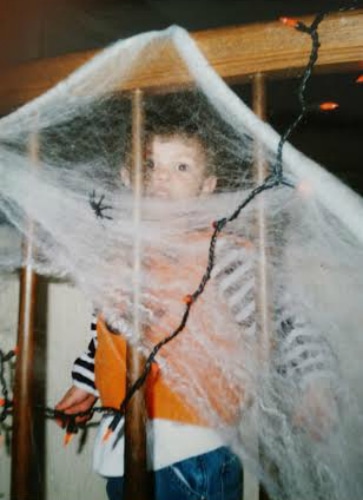 When it came to the simplest of tasks, a molehill became a mountain quickly. Henry hated to have his hair brushed or washed (still does), he cried when it was time to brush his teeth or take a bath (still hates it), and he hated to be touched or kissed. As a mom, that one hurt the most because I am a huggy and kissy kind of mom! Can you imagine how it feels to try to give your child a kiss and over and over again, they turn from you? When it came to eating, that was another battle we fought 3 times a day. Henry would only eat a few things and trying to change his mind was just not going to happen. He ate mac and cheese, french fries, chicken nuggets (IF I tore the breading off (but he would not eat plain chicken), mashed potatoes, pasta and baby carrots from the can. Fast forward 10 years later and he still pretty much eats the same things.

Honestly, we got to the point where we became hermits because we were terrified to let him go outside. Secretly, I was afraid to be inside alone with him as well. The bigger Henry got, the stronger he became and more defiant as he approached his 6th birthday. I was told when he got anxious or aggressive, to sit on the floor, put Henry in my lap and wrap my arms around him. Well, after a handful of bites on my forearms, I learned to find alternative ways to calm him. For Henry, this came in the form of television and video games. They took Henry to a place of comfort no one else could. And this stay at home mom became that mom who let the television be her child’s babysitter, confidant, best friend and escape from the world he often times hated to be in.

Next week, I am going to share the signs of autism, getting a diagnosis and what happens from there. Until then…..